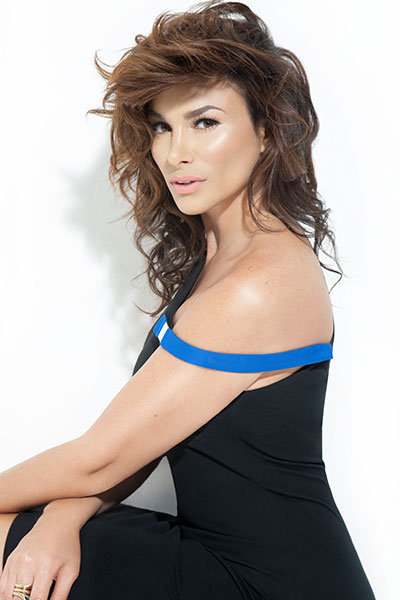 Patricia de Leon is a Panamanian actress who works between English and Latin entertainment markets. She recently completed filming Director Luke Goss’s, “Your Move”, also starring Robert Davi, Luis Gatica, and Alain Mora. She has two other lead feature film roles recently completed including “Confessions of a Womanizer” (C. Thomas Howell and Gary Busey and “Light From The Darkroom” (opposite Russell Wong). Patricia is launching a signature line of lip products for Latinas this year, Aniise By Patricia de Leon.

Her work on television includes a series regular on STARZ “Magic City” as ‘Pasterita Nunez’, and a series regular role opposite Eric Roberts in the ABC network pilot, “Grace.” She was a fan favorite in TNT’s “Men Of A Certain Age”, being the fantasy woman for Ray Romano’s character. Patricia even had a guest role on the FOX series “Ride Along.” Previously, Patricia spent 4 years as ‘Sofia Munoz’ on the ABC Family series “Lincoln Heights.” Some of her well-known telenovela works includes Univision series “Corazon Apasionado” as ‘Carmen Rosa, starring as ‘Jennifer Lopez’ on Telemundo’s “Perro Amor”, and on “La Ruta Blanca.” Some of Patricia’s other TV credits include CBS’ “Cold Case” and NBC’s “Crossing Jordan.”

Outside of her entertainment career, Patricia is an animal rights activist who became the face of a worldwide Anti-Bull Fighting campaign for PETA as well as a spokesperson for PETA Latina. Patricia’s first big break was being crowned Miss Panama. She then established herself across Latin America as a reporter for Univision. She spent four seasons as ‘Sofia Munoz’ on the ABC Family series ” Lincoln Heights”. Patricia was also the co-host of Telemundo’s “Corte Del Pueblo”. More recently she was the host of “Billboard Latino”, a music countdown show. Her other TV credits include CBS’s “Cold Case” and NBC’s “Crossing Jordan”.